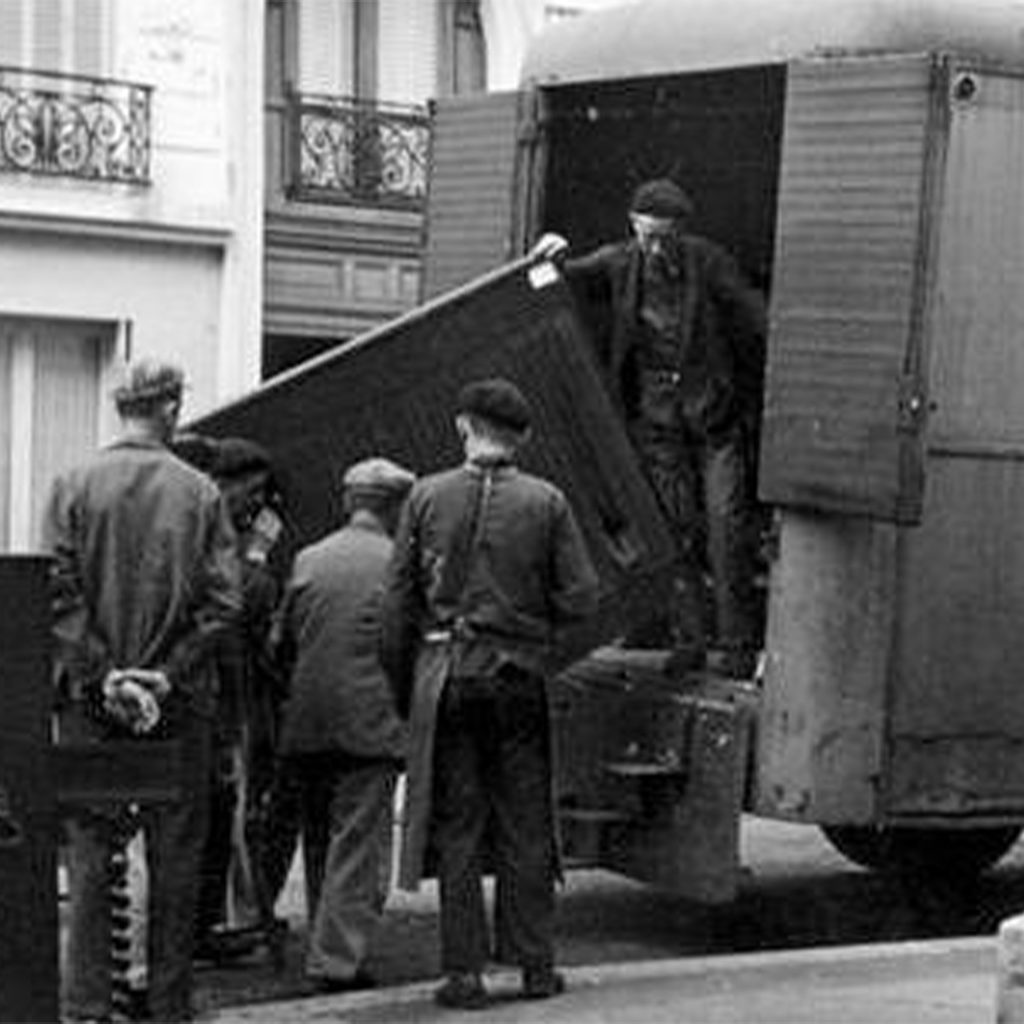 The Sonderstab Musik (Commando Musique) was created in August 1940 in France, within the framework of the ERR (Einsatzstab Reichleiter Rosenberg), with the mission to take over the musical instruments, as well as the main manuscripts and musical works of the German repertoire. Few instruments were in public collections or institutions: they mostly belonged to the populations targeted by the anti-Semitic laws.
These instruments, which have now disappeared, had various fates: some were entrusted to trusted persons by their owners, who never returned to retrieve them. Others were sold, sometimes at low prices.
Still others were confiscated and sent to Germany where their traces were lost, or are still sleeping in disinherited chests …

Among the instruments stolen during the war, some were returned at the Liberation, others never. Their location remains a mystery to this day. In all, about 40,000 apartments were looted, and 8,000 pianos were shipped. In 2019, 4,000 of them still remain to be found.

As I am committed to researching and remembering our history and culture, I am participating in the search for pianos that were looted during the Second World War. I retrieve the serial numbers of the pianos and pass them on to the MUSIQUE & SPOLIATIONS association, which, thanks to the archives, can see whether the instrument was spoliated or not, and find the owners.

The association MUSIQUE & SPOLIATIONS needs your help to continue this research work and develop its projects. If you are interested, do not hesitate to contact Pascale Bernheim HERE.