The “Requiem pour pianos” series is a proof of Romain Thiery’s attachment to music and photography. He says that both are his passions. Tirelessly practising Chopin on his grand piano in his workshop-house, he is also the photographer who, on one of his urban explorations, captures the picture of an instrument lying there and further intensifying the mystery surrounding the place.

About hundred of his photographs are focused on a central object: the piano; sometimes with some of its keys missing, sometimes completely dismantled but always sitting imposingly. Impressive and incongruous, it is there. It is where, not so long ago, grace, luxury and a respected novelty used to reign. At first, led astray by the natural aesthetics of the king of the instruments, one could have seen some kind of romanticism that could be at odds with the photographer’s powerful other works. In the latter, the picture does it job, despite the amazing work on the light: the spectator feels a sense of disquiet -despite the beautiful representation. It is obvious: what used to be no longer is.

What is it about the piano that evokes such nostalgia and strong emotions within us, even after centuries as a household instrument ? It must be said that music instruments are, for us, forever beautiful, almost deified. Thus, even when time damages them, we are attached to them, we respect them.

In a mess that leads us to ask ourselves a hundred questions, a dust-covered piano is erected and its nobleness is striking, its grandeur lies deep within the basics of our culture. The art of the photographer is to show us this arrogant beauty that relegates everything else to the background.

Above all, Romain Thiery has understood that everything but a grand piano can be taken. The inhabitants left and took with them their belongings, and probably their furniture as well. What he wants to show is the importance and the weight of social codes: what better then than an instrument made of two-hundred and fifty kilograms of cast iron delicately set with precious wood? Is the piano an object or a tool? 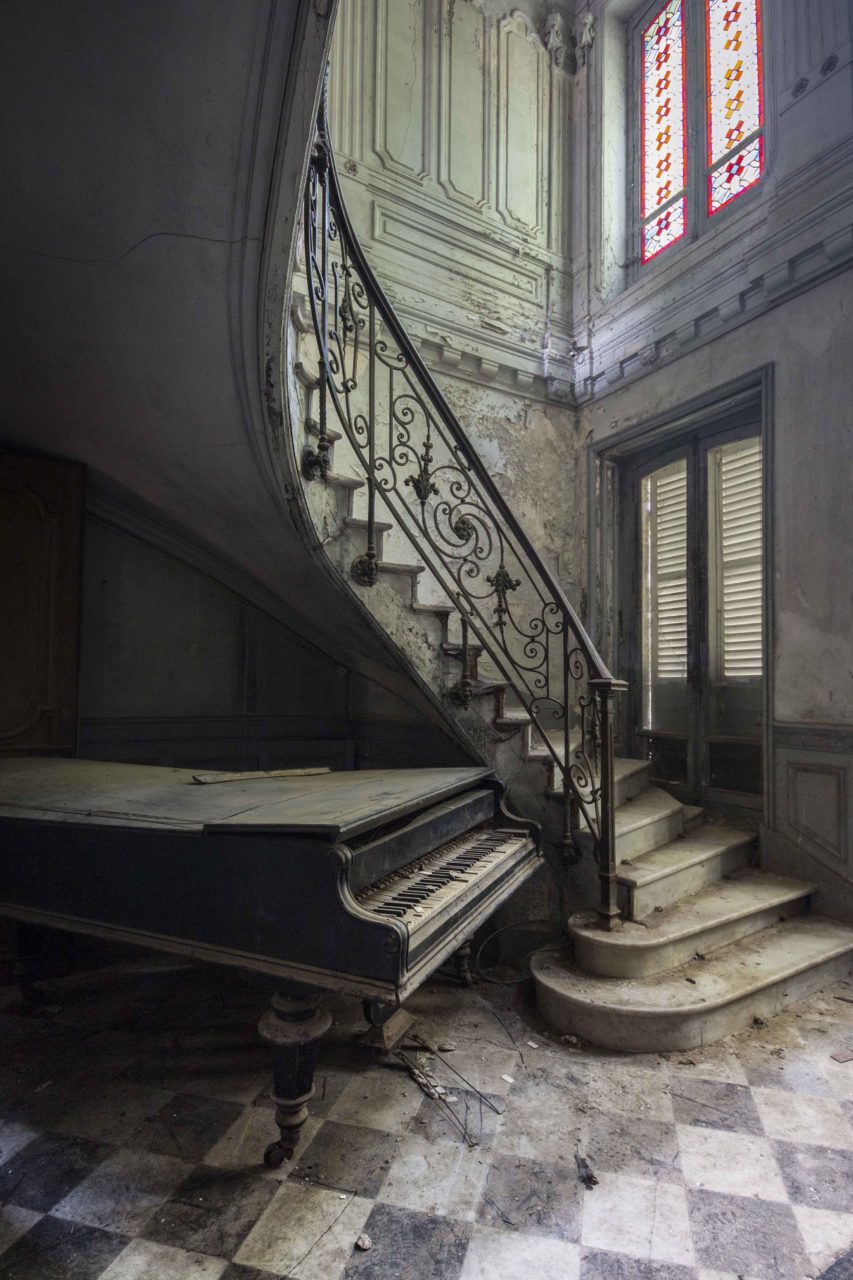 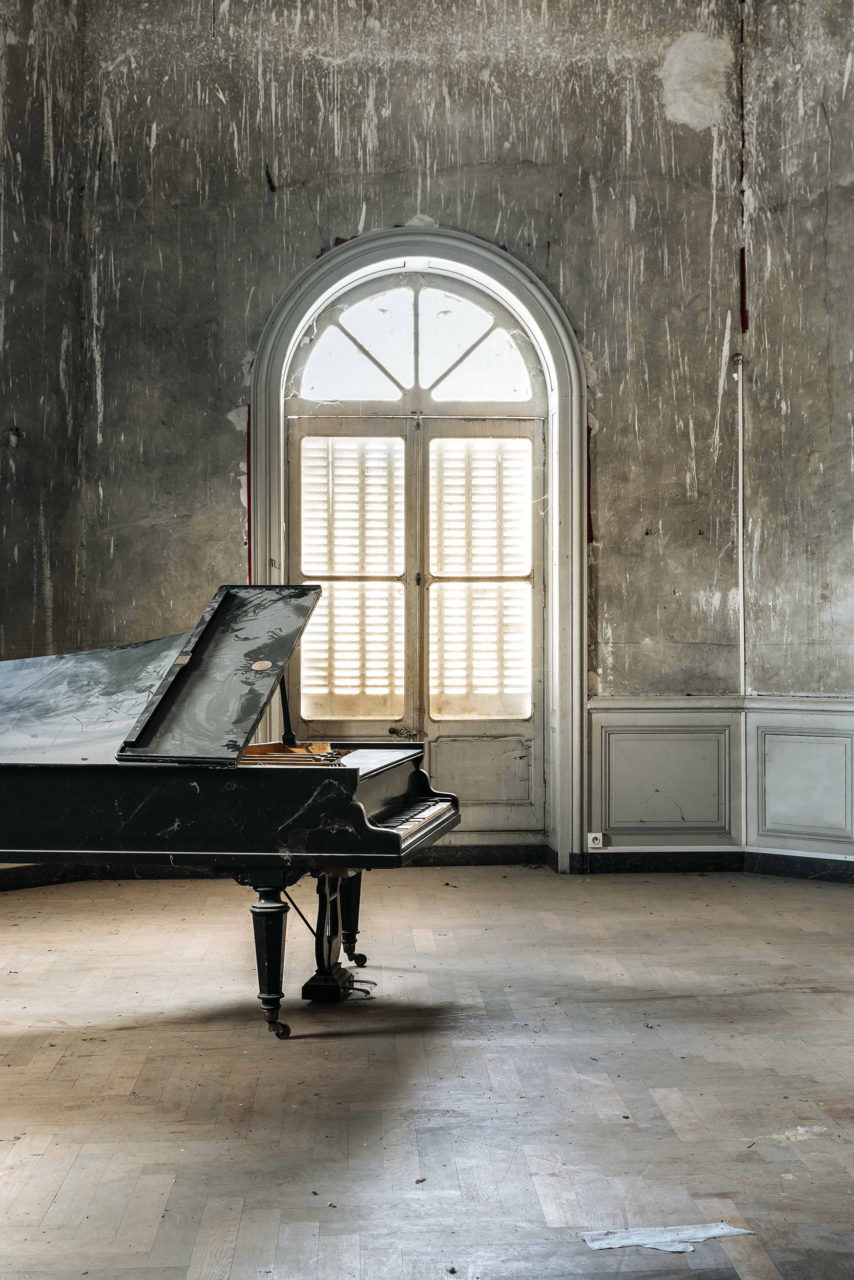